My junior class had finished almost all of the training needed to become Rescue Divers. All that was left was the final scenario and exam. We had gathered at Bush Terminal Park to test the skills we had recently learned. Our class was split into two large groups, which made things a lot less stressful. There were so many minds working together to make sure not a single thing was forgotten. For the first of the two scenarios, we had a diver come to the surface and say that she had lost her buddy. After some time we found the missing diver (okay maybe it took a little bit more than just some time but we found the missing diver) and provided rescue breaths while taking him to the shore. It was so interesting getting to put all the skills we have been practicing together. The second scenario we had tried to pre-plan everything but when scenario had started, we had forgotten all of our plans and reacted with instinct from training instead. While I had stressed about the final rescue dive, in the moment doing the skills ended up being incredibly easy. 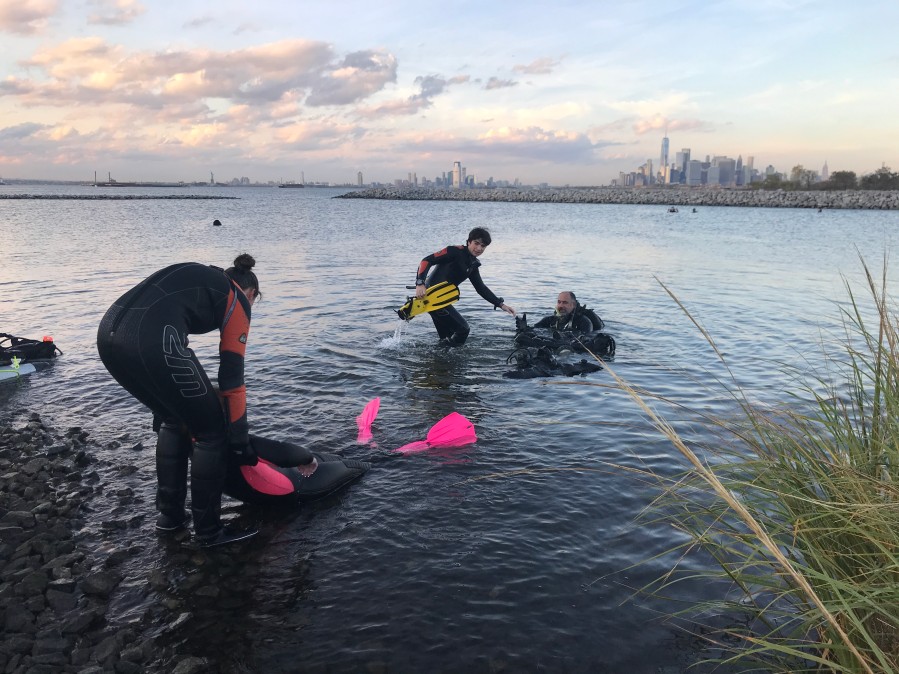 Finishing the last two dives that I needed in order to get my Rescue Diver certification was such an accomplishment in my mind. I am always looking for what certification I can get next and won’t stop working for it until I am certified. The time it took us to get our Rescue Diver certifications was the longest, due to summer break taking up most of our diving time. Finally getting to say that I was a Rescue Diver made me feel important because I knew that if someone gets hurt, I’ll know what to do to help.

We Need a POOL!

This is Lenny's funny rant about the pool.

Current Conditions at the Battery

We are based on Governors Island in New York City