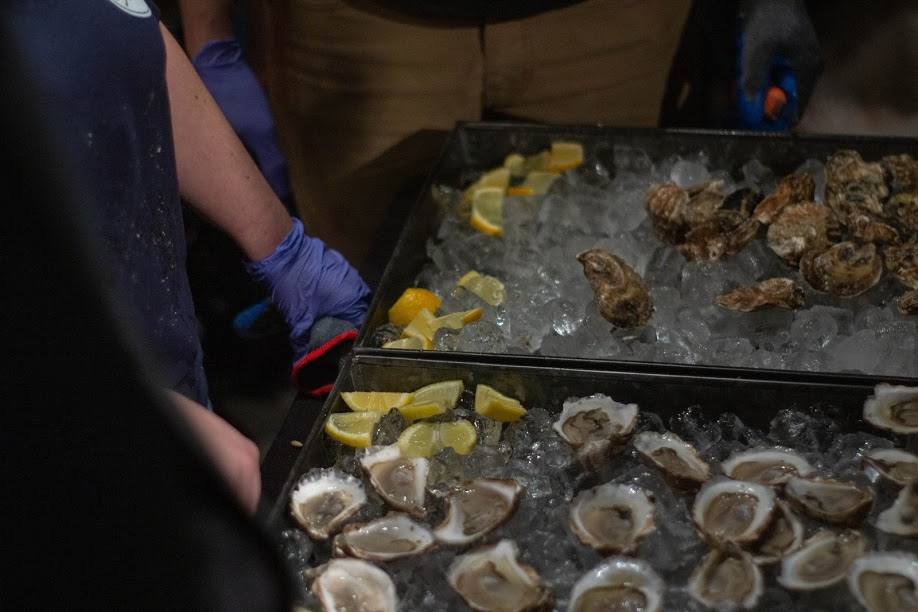 Thank You to everyone who made the Giant Stride possible. We couldn’t do it without you!

We participated in a lot of fun activities like oyster painting, the cup game, cupcake decorating, pipe project station, oyster eating and others.

Oyster painting was a station where we used watercolors to paint oyster shells in whatever way we could think of. The cup game was two people pinned against each other tasked with stacking cups in a pyramid, and then returning them to one stack.

There was a huge dive helmet, over 40 pounds, that people were able to wear. The pipe station was a competition with two people, wearing blindfolds, racing against time to assemble some PVC pipes. We had a ton of fun stations run by students and most importantly, a ton of awesome food.

We Need a POOL!

This is Lenny's funny rant about the pool.

Current Conditions at the Battery

We are based on Governors Island in New York City